The first Pete Hayes Handsworth 10k was held on 14th September 2014. We are very proud that this all came together successfully, as it was the first time we as organisers had put together anything like this. The idea came from Tonia Clark and Rachel Chiu, who live locally and use Handsworth Park for leisure and running, and are passionate about it within their roles on the Committee of the Handsworth Park Association. They felt that an event such as this would be good for Handsworth Park and the surrounding area. They asked if we would like to help organise the run and name it in memory of Pete Hayes, who we lost as a son and brother in Summer 2012.

So, in 2014 we had over 130 people enter the run, and we managed to raise over £8000 for the British Heart Foundation. People from a variety of backgrounds; local residents, friends of Pete, members of our Boathouse Runners group and runners who had heard of our event contributed to this achievement and we are very grateful. A great day was had by all, we had lots of wonderful feedback about the friendly atmosphere and challenging course, and we were joined by MP Khalid Mahmood for the prizegiving at the end of the run.

At this stage, £33,420 has been raised for the British Heart Foundation through our running events.

In 2017, we changed the name of the run to The Handsworth Park 10k Fun Run. We intend to continue the work started in memory of Pete and retain the atmosphere inspired by him and the community created by the run, in the heart of the local community.

Below is some information about Pete Hayes, who we remember in staging this event and provides the focus for the charity that we support in fundraising: 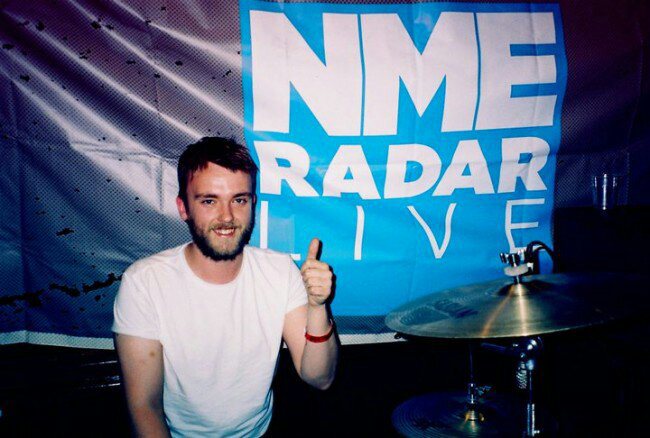 Pete Hayes was born in 1987 and brought up on Church Lane in Handsworth Wood, opposite the park; attending local schools St. Teresa’s Primary and Handsworth Grammar.

Pete went on to be a mainly self-taught musician, making his debut for Yellobelly by stepping in to replace their drummer. He was smuggled in, being not quite the target age for the pub they were playing. He went on to be their permanent drummer, regularly playing around Birmingham, notably at The Flapper and the Jug Of Ale. Yellobelly evolved into An Alphabet and Science Of Stars, with a range of good friends joining him in the bands.

A keen photographer, Pete took some stills as Handsworth Park underwent a renovation in the early 2000s. He moved to London in 2008 in order to study at university. He used his interest in photography for a course in Video Production, receiving a degree in 2011. He experimented with using stop motion techniques for the course and beyond.

While in London, Pete joined the band Echo Lake, reuniting the original members of Yellobelly in a new band. The band picked up a good following, playing venues around London and the UK.

After finishing his studies, Pete worked at MTV Studios and for various TV and online productions, finding the career he loved while playing in the band.

In 2012, he was treated for Endocardatis, a heart infection, at Homerton Hospital. The infection caused damage, and he needed surgery to replace a heart valve. He was transferred to St. Bart’s for this but lost consciousness suddenly soon after arriving. Despite resuscitation and swift emergency surgery, Pete died on 21st June 2012.

the handsworth 10k run and the British heart foundation.

Following his death, money has been raised for the British Heart Foundation in memory of Pete Hayes as it was the charity he had supported, having suffered from a Congenital Heart Defect, diagnosed around the age of 12. He was treated at Birmingham Children’s Hospital undergoing three surgeries to successfully widen his narrowed aorta. Thanks to this treatment he was able to live a mainly unaffected life with the treated and associated conditions apart from routine medication. This treatment was always regarded by Pete as a result of the research funded by the BHF charity. As such it was a focal point in his life and a comfort for his family in his loss.

The work of the BHF gave him valuable years of life to live to the full. His death shows how vital their continued research is to improving the survival rates for all people affected by heart defects and heart failure in their lifetime.

We hope this run can be a celebration of his life and of the neighbourhood he grew up in. The intention is to build a community event to promote healthy living and exercise in Handsworth, Handsworth Wood and the surrounding areas.

As a Fun Run, we wish for members of the local community and those who hold Pete close in their hearts to have the opportunity to run to raise money for a great cause. 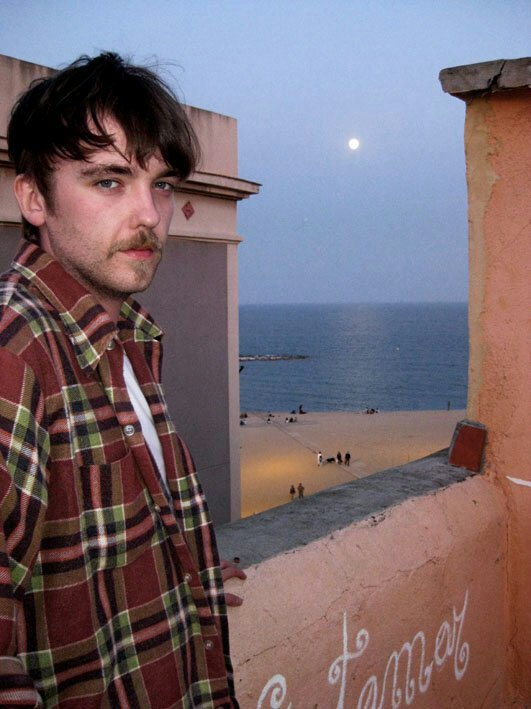 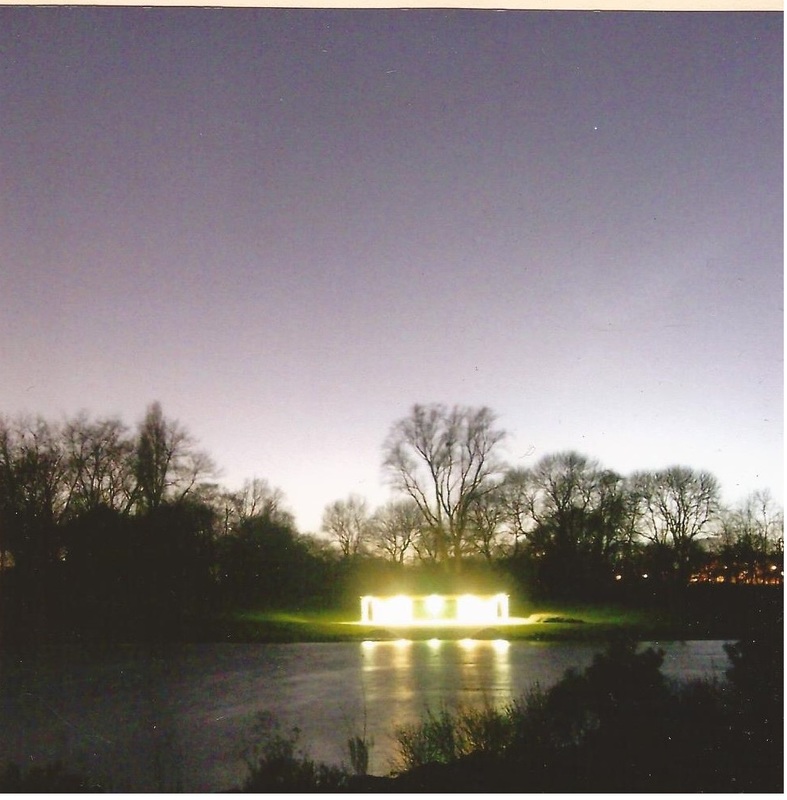 The Pete Hayes Handsworth 10k Fun Run has been an amazing experience for all of us as organisers, particularly for my father and I, to be able to be involved in such a force of positivity which has carried the name of my brother. It has been a privilege to have him remembered in such a way and it has given us as a family a focus where the effect of losing Pete left us in great pain, feeling lost in trying to make meaning out of something that cannot make positive sense. The feeling of uplift from being among the community of people that have turned out to support us is truly and deeply appreciated, it is indeed invaluable. I cannot personally imagine where my emotions and reactions would be placed without this event taking over the best part of the last 4 years of my life.
It is in the mood of this deep appreciation that we began discussing the future of the run. After 3 successful years it certainly seems we have established ourselves in what we set out to achieve, and we have certainly become part of the running calendar of a great many people. We certainly want to continue the event as a legacy to Pete, as it reflects the best parts of the person we remember – warmth, happiness and the capacity to bring people together and send them away happier than they began.
We have been afforded so much joy on each of the 3 Sundays on which the run has taken place so far that we cannot really repay anybody for their support, for the consent people as a community, especially of Handsworth as well as further afield, have given us to remember someone so dear to us and help us through the personal trauma of loss. It has helped to heal some of the things that can be healed so it feels selfish in a way now to keep hold of this positive experience just for ourselves. We want to do the only thing we can do to really show our appreciation to the community of people that have done so much for us, which is to give the emphasis of the event back to the community it takes place in.
For that reason, we will be changing the name of the run, starting with the event we are organising in September 2017, to the Handsworth Park 10k Fun Run. This will always be Pete’s run, because without him we would not be here to talk of an event in the first place. If it had not been for Tonia and Rachel asking my father whether we could organise a run in Handsworth Park and to name it in memory of Pete, it is hard to imagine what else could have lifted those dark days. The focus of the run organisation, especially the formation of the Boathouse Runners has connected us to the community in a way that had not happened for us before. In a way this connection filled voids, affected our feelings of loss, in a way that reminded us of the way that Pete connected with people. His legacy will remain in our fundraising for the British Heart Foundation, in the positive atmosphere we always hope to maintain and the fact that we have been brought into the heart of our local community, the neighbourhood where we grew up by the memory of his spirit in life and we will be here as long as we keep a community of supporters to join us every year.
It feels the right time to make this change and I look forward to continuing this gift in my life as a gift to a place I love, for people I love for being there and making this all happen around me. You will notice the name changing, but we hope to keep everything else which has worked so well the same. Especially the cake and samosa stall at the finish line!

we would not be able to put on our event without these people - our partners and sponsors: